Vientiane, Laos' national capital, mixes French-colonial architecture with Buddhist temples such as the golden, 16th-century Pha That Luang, which is a national symbol. Along broad boulevards and tree-lined streets are many notable shrines including Wat Si Saket, which features thousands of Buddha images, and Wat Si Muang, built atop a Hindu shrine. 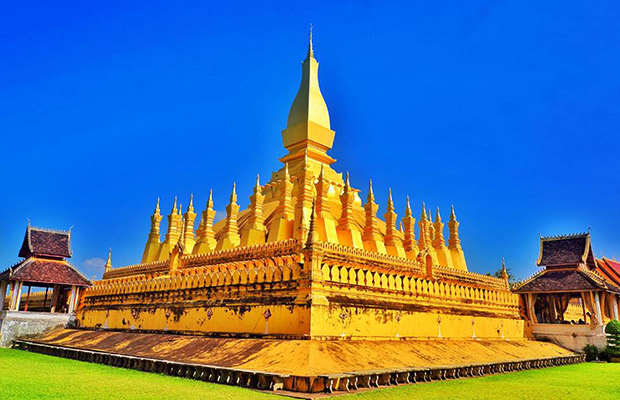 Pha That Luang is a gold-covered large Buddhist stupa in the centre of the city of Vientiane, Laos. Since its initial establishment, suggested to be in the 3rd century, the stupa has undergone several reconstructions as ... 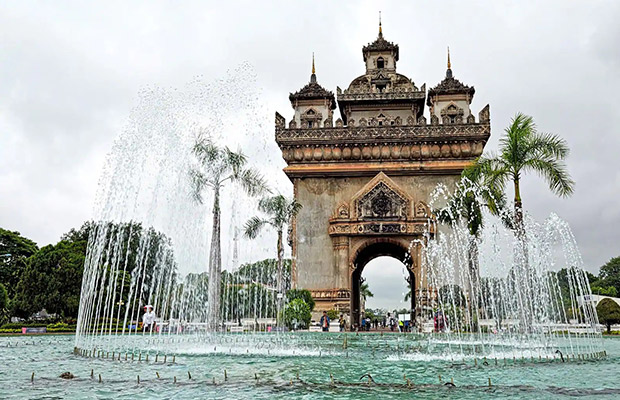 Patuxai is a war monument in the centre of Vientiane, Laos, built between 1957 and 1968. The Patuxai was dedicated to those who fought in the struggle for independence from France. In romanising the name from the ...

Wat Si Saket is a Buddhist wat in Vientiane, Laos. It is situated on Lan Xang Road, on the corner with Setthathirat Road, to the northwest of Haw Phra Kaew, which formerly held the Emerald Buddha. Wat Si Saket is a ... 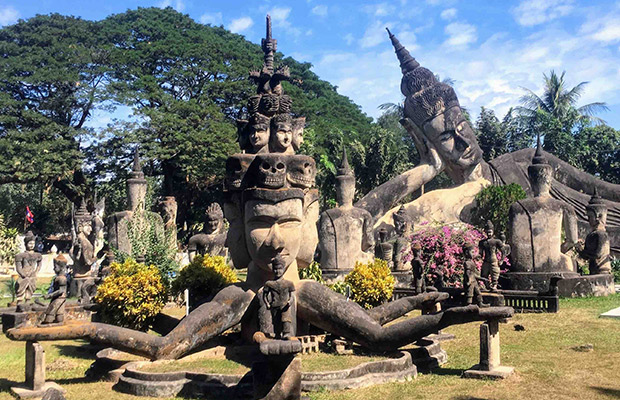 Buddha Park, also known as Xieng Khuan, is a sculpture park located 25 km southeast from Vientiane, Laos in a meadow by the Mekong River. Although it is not a temple, the park may be referred to as Wat Xieng Khuan, ... 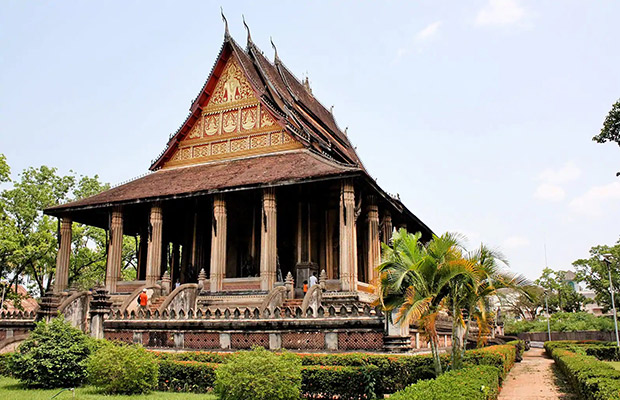 Haw Phra Kaew, also written as Ho Prakeo, Hor Pha Keo and other similar spellings, is a former temple in Vientiane, Laos. It is situated on Setthathirath Road, to the southeast of Wat Si Saket. It was first built in ... 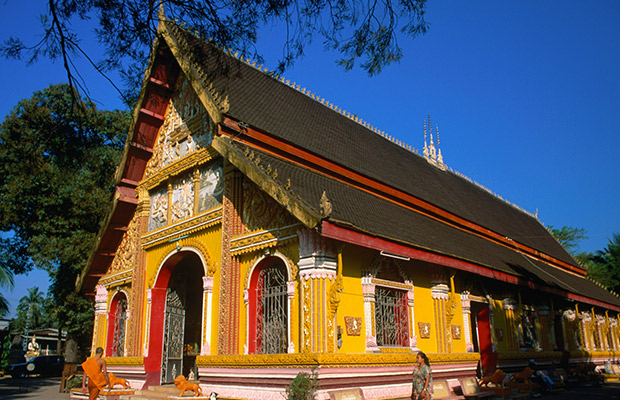 Wat Si Muang is a Khmer temple with a fascinating legend that still holds great significance among the Laotian community. The gold structure was built in 1563, during the reign of King Setthathirat. Wat Si Muang or ... 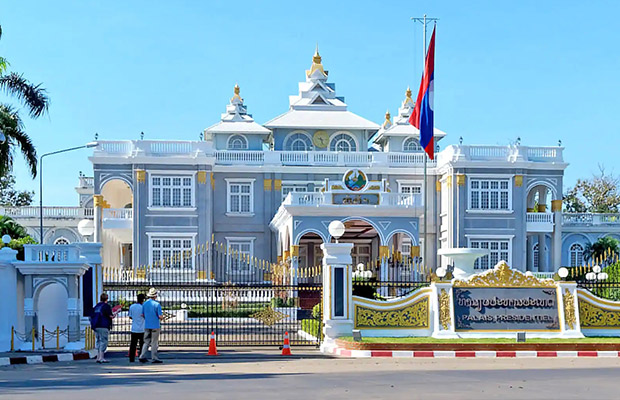 The Presidential Palace is the official residence of the President of Laos, who, by convention, also holds the position of General Secretary of the Lao People's Revolutionary Party. It is located on the banks of the ... 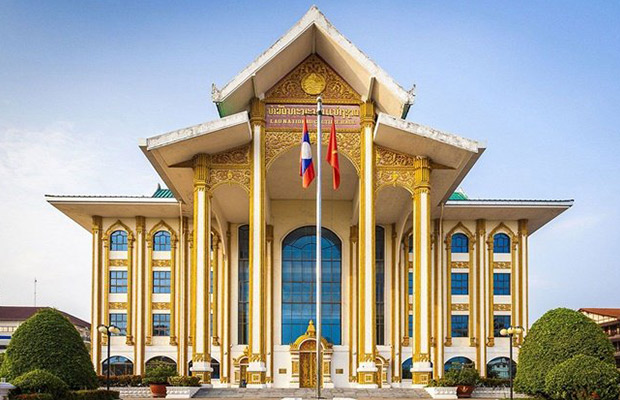 The Lao National Cultural Hall is large government run exhibition hall which opened in March 2000. The construction of the hall was funded by a grant from the Chinese Government which explains why the flag of the ... 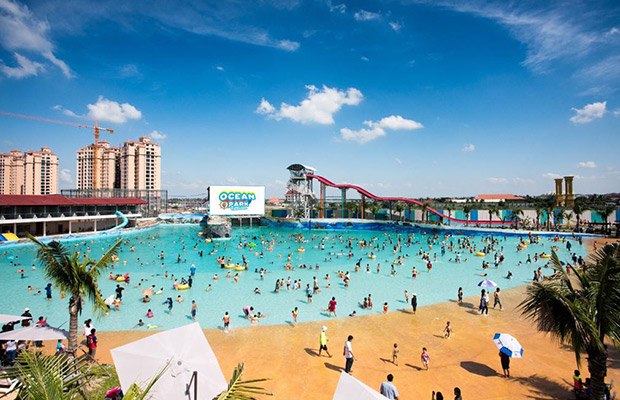 This water park has a pirate theme and includes a good range of slides, tubes, lazy river riding and more. A good option for families on a hot day. The Ocean Park at ITECC Vientiane is currently regarded as the largest ...

Most Popular Hotels in Vientiane 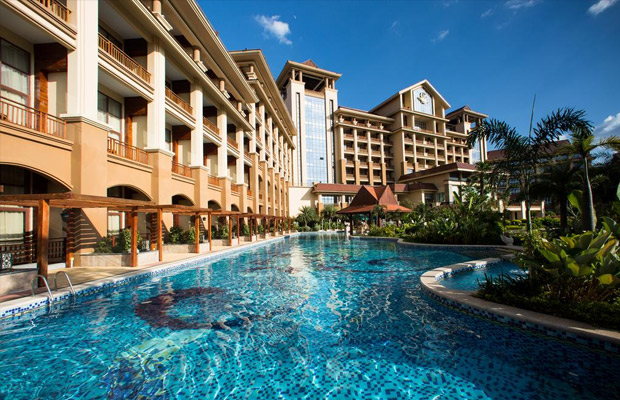 Situated a short drive from the city centre in Vientiane, the 5-star Landmark Mekong Riverside Hotel offers guests with superior amenities and services. Offering up to 188 guestrooms decorated with authentic Lao flair, ... 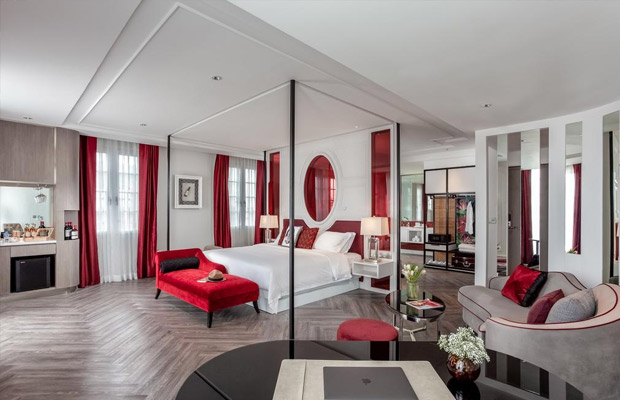 Boasting a bar, La Seine Hotel by Burasari is set in Vientiane in the Vientiane region, 1.9 km from Wat Sisaket and 2 km from Hor Phra Keo. Among the facilities of this property are a restaurant, a 24-hour front desk ... 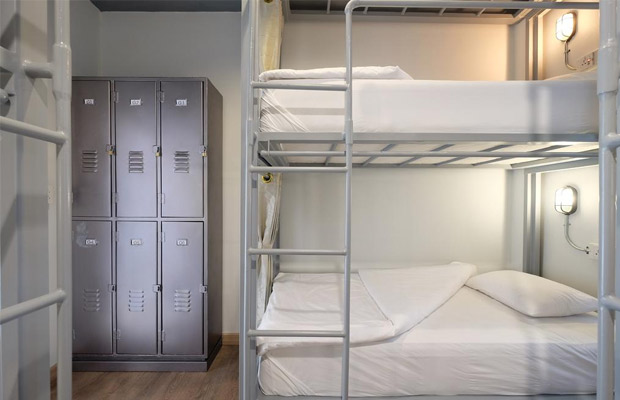 Sailomyen Hostel features a loft design accommodation complete with an in-house cafe on the ground floor where coffee is served. It is a 5-minute drive from Talad Sao and Mekhong River and offers clean and comfortable ... 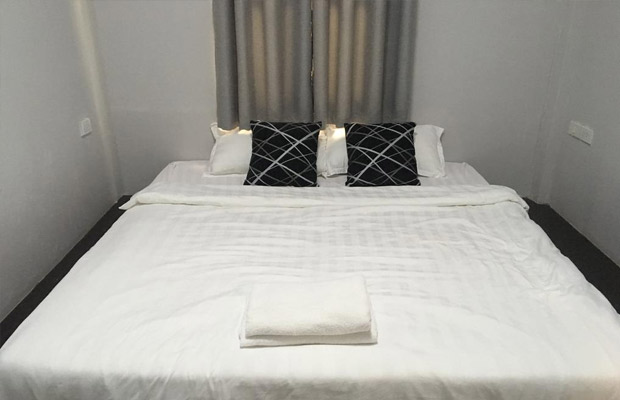 Located within 600 m of Laos National Museum and 900 m of Wat Sisaket, Mekong Riverside features rooms in Vientiane. Popular points of interest around the property include Hor Phra Keo and Chaofa Ngum ... 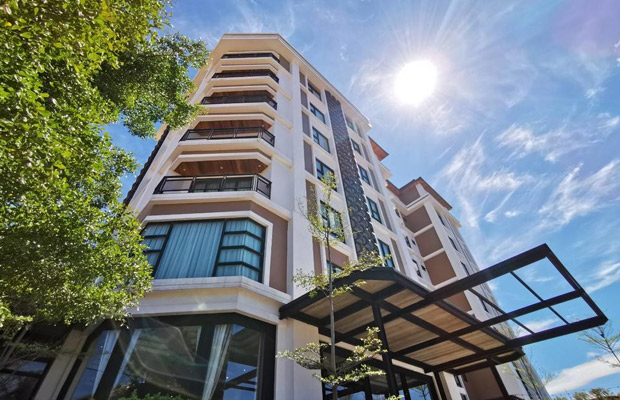 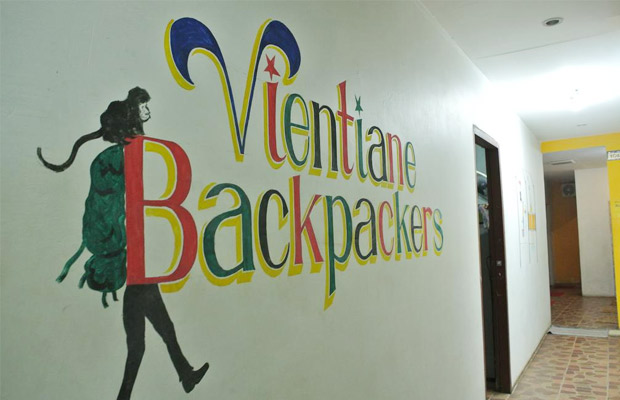 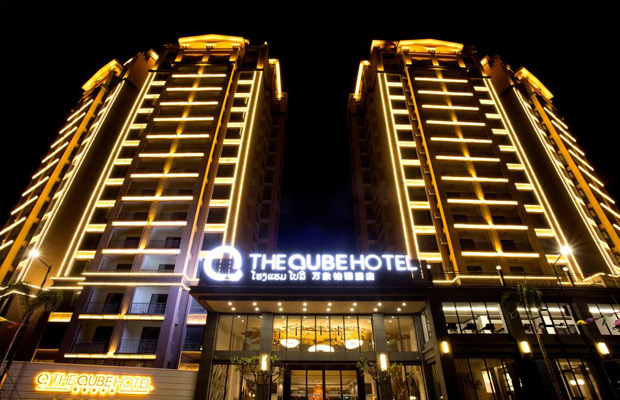 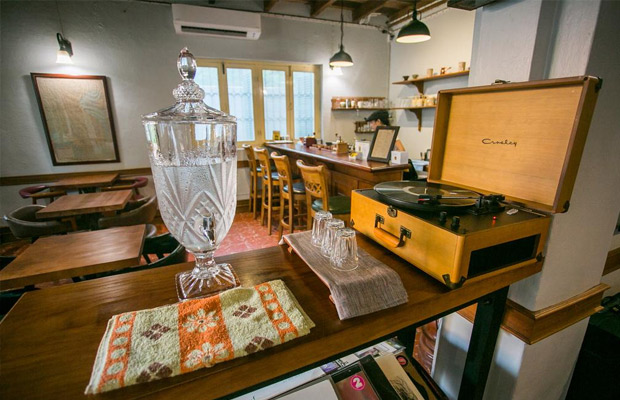 Featuring a garden, a shared lounge as well as a bar, Barn1920s Hostel is situated in the heart of Vientiane, a 5-minute drive from Mekong River and a 3-minute walk from a night ... 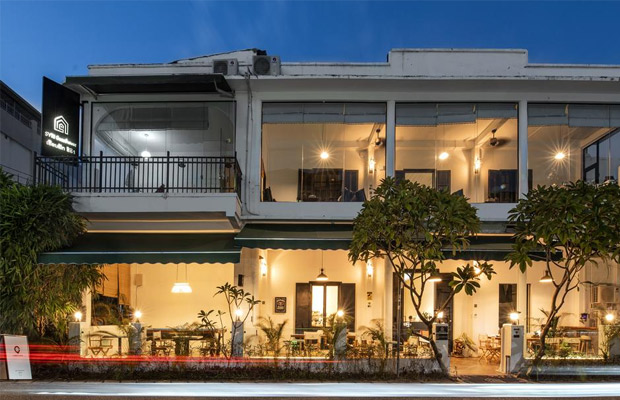 Featuring a bar, shared lounge, garden and free WiFi, SYRI Guesthouse Vientiane Hostel & Cafe is set in Vientiane, 1 km from Wat Sisaket and 1.1 km from Hor Phra Keo. The property is around 4.2 km from Thatluang Stupa, ... 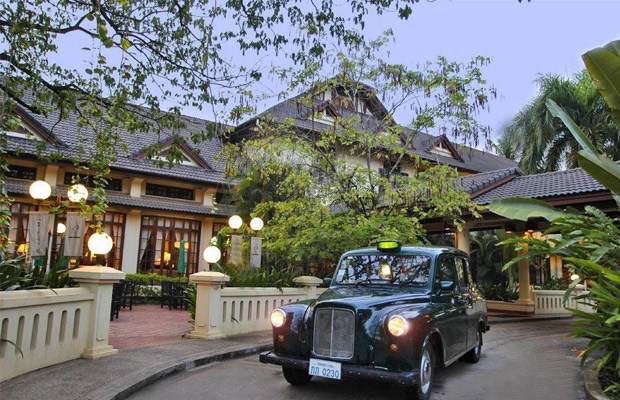 Situated right in the heart of Vientiane, Settha Palace Hotel boasts over 80 years of history in the family-run boutique hotel with a French colonial charm. Offering tastefully decorated guestrooms, guests can enjoy ... 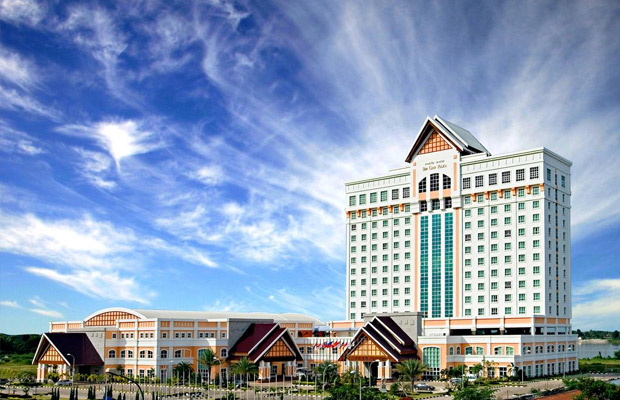 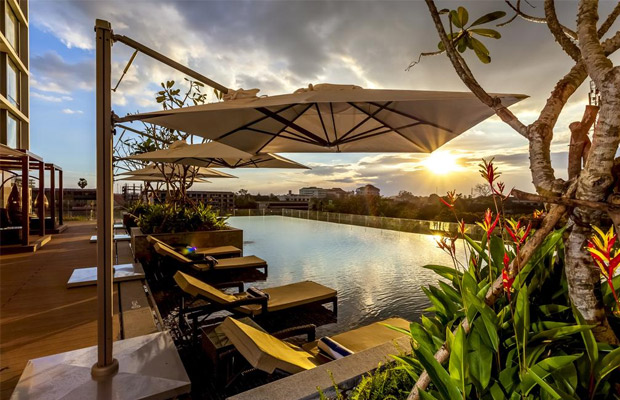 Conveniently located along the Samsenthai Road, Crowne Plaza Vientiane is situated in the city centre and just 15 minutes from Wattay International Airport. It features free WiFi ... 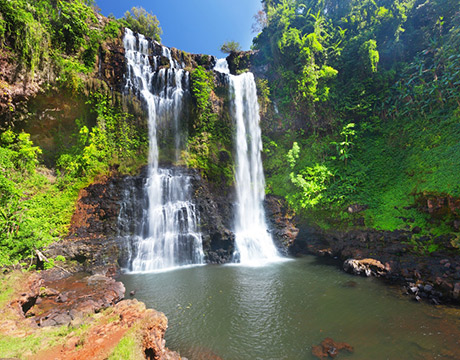 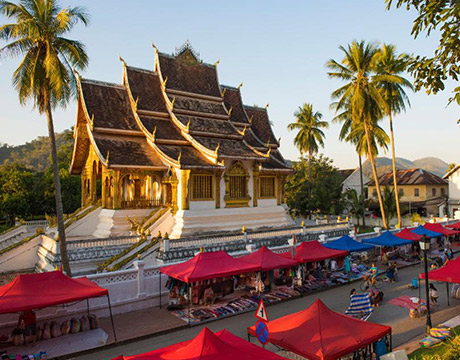 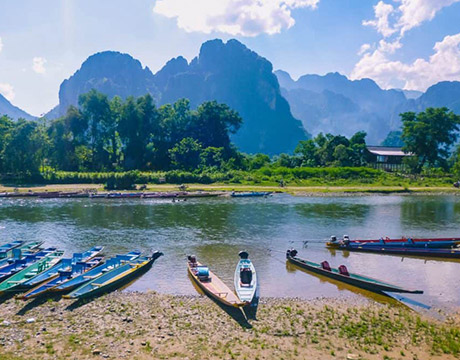 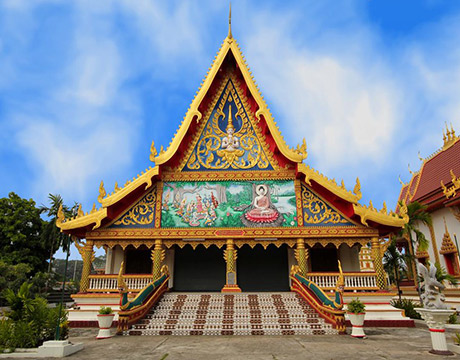 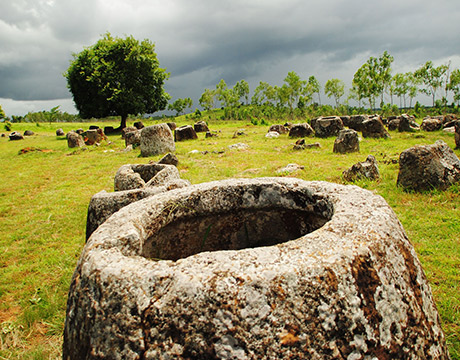 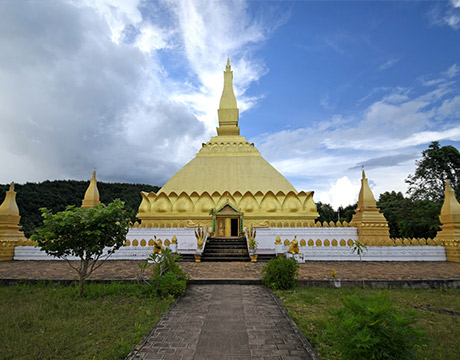 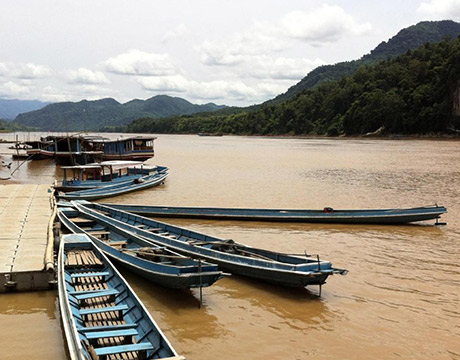